IPv6 is finally gaining some momentum, thanks to support from several public cloud vendors and data center players in the recent months. Beyond the infrastructure players, the slow migration of several ISPs and corporations towards IPv6 is evident in Google’s IPv6 traffic statistics: 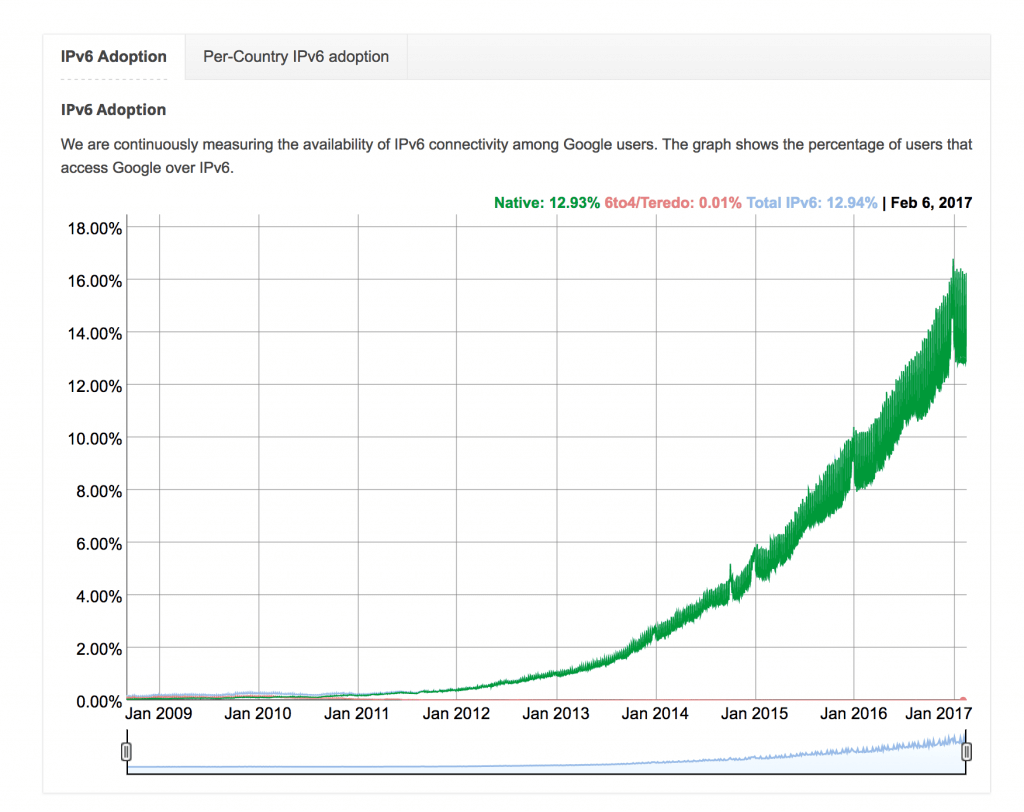 Hovering around 13%, the adoption rate is impressive in the recent months and support from players like AWS is going to improve this metric over the next few months.

It is also interesting to see that India is reasonably ahead in this initiative, as seen in Google’s stats: 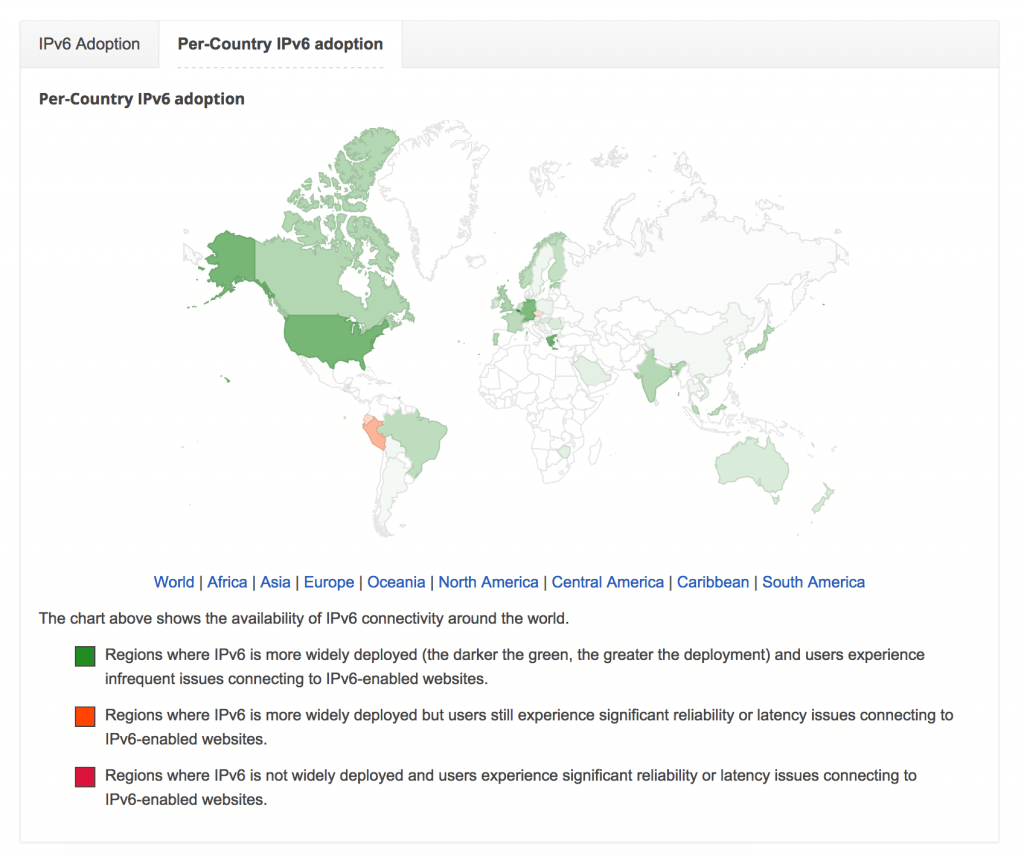 AWS published its support for IPv6 in EC2 around 1st December 2016 and by January this year, the support is extended to 15 of its global regions. During those weeks, the dual-stack support is also extended to ELBs (load balancing), Route 53 (DNS), public VIFs, S3, IoT and individual CloundFront distributions.

One key thing to note is that the IPv6 addresses assigned are internet-routable and it needs an Egress-only Internet Gateway if any if the VIFs don’t need to get exposed to internet and have to remain in a private network.

Blogging on my personal site since 2006, I try to cover both personal and work related events and thoughts in this blog. You can reach me on Instagram, Facebook or Twitter.

View all of Raju Alluri's posts.

This site uses Akismet to reduce spam. Learn how your comment data is processed.